About the Army Parachute Association

The Army Parachute Association (APA) has charitable objectives which are to promote and support sports parachuting for military personnel, active and retired. Our Association welcomes civilian members and appreciates the skills and diversity that they bring to the APA.

We strive for excellence in everything we do and are committed to providing the highest level of training for all our members throughout their skydiving career.

The Army parachute Association operates at Skydive Netheravon as a not-for-profit organization continually reinvesting to improve the services and facilities for our members.

The Army Parachute Association (APA) was formed in 1962 after vigorous and persistent campaigning by Lt Col Dare Wilson MBE, MC, commanding officer of 22nd SAS. Prior to then, various military units had formed their own clubs and operated independently. 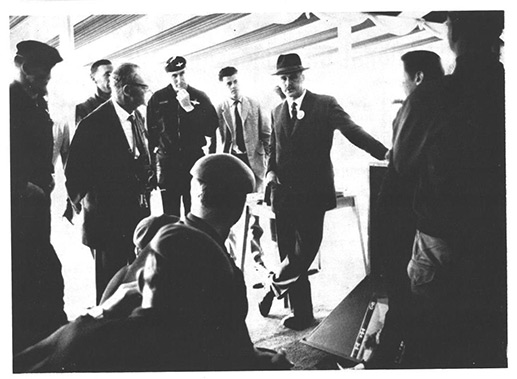 The first Aircraft, a DH-89A Rapide GAHJO was purchased with financial support from Rothmans and was painted in their colours. However, the APA had no permanent base but travelled, with their aircraft, to any drop zone available, the only rules being that the pilot and plane had to be fuelled and carefully looked after! 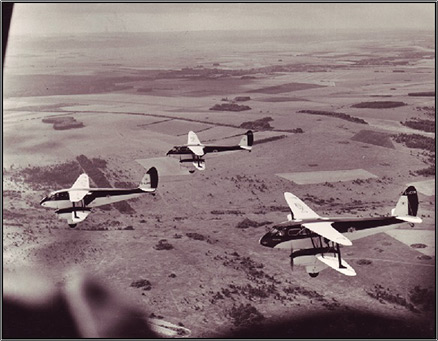 During the winter of 1963 – 64, Netheravon was chosen as a home for the APA and the association moved to airfield camp where it has remained for over 50 years.

The early years of the APA were particularly busy with the BPA Nationals being held at Netheravon between the years of 1965 and 1970. The first Armed Forces Parachute Championships were held at Airfield Camp in 1964: only 40 entrants were expected – 65 turned up and the event was a resounding success. The first Royal visit took place in May 1965 when HRH Prince Philip attended the APA Championships. 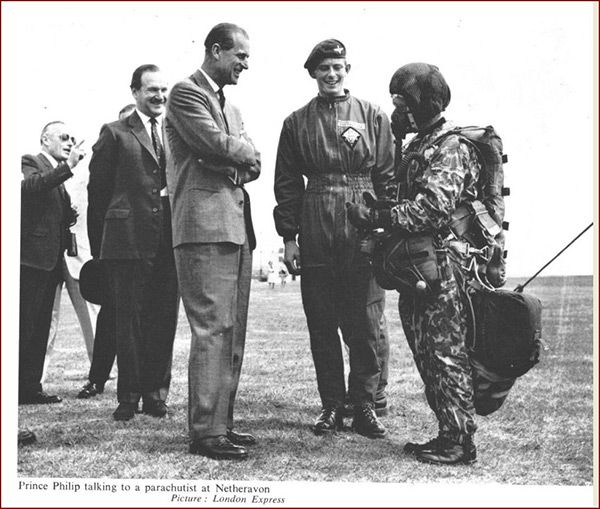 Over the years the club grew and by 1968 it owned 4 aircraft: 3 Rapides and a Jackeroo. The Rapides were a particular favourite of the military jumpers and were in service with the APA until 1974.

Historically, the Army Parachute Association has produced some of the finest parachutist in the world. In 1978, at the World Parachuting Championships in Zagreb, former Yugoslavia, Jackie Smith took gold medal in women’s accuracy event scoring 10 consecutive dead centres. 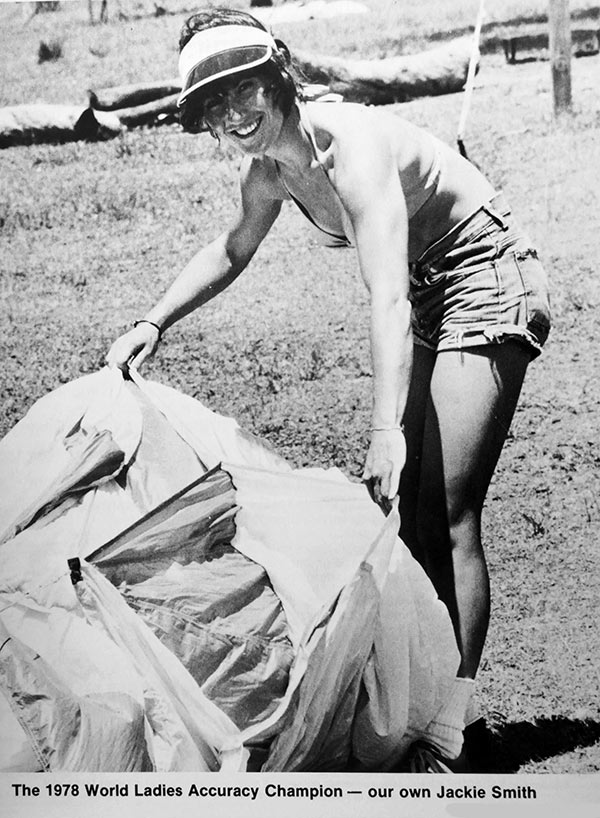 As the years passed things changed and moved on. Rapides were replaced by Norman Islanders and the Islanders were replaced by Cessna Caravans. The Army reduced in size and the APA moved into one of the more modern hangars vacated by the Army Air Corp as our old historic building slowly fell into disrepair and was eventually demolished.

One thing that has never changed is the enthusiasm and spirit of APA members. To this day we are still producing some of the best parachutist in the UK who regularly represent Great Britain on the World Stage. We support more military jumpers than ever and subsidize veterans, TA and reservists as well as serving servicemen and women. We host National competitions and are fast gaining the reputation for being the most efficient competition venue in the UK and through tandems, are supporting a huge array of Charities. 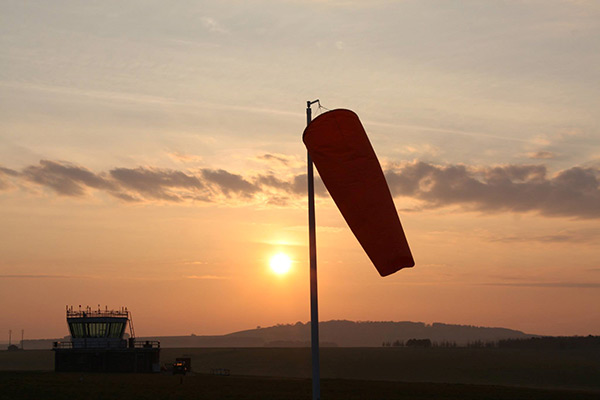 In today’s military environment, where servicemen and women are deploying on active duty more than ever, we are proud to continue the APA tradition of promoting and supporting the wonderful sport of parachuting.

The airfield is claimed to be the longest continuously operated airfield in the world.