A FUNERAL DIRECTOR WITH A DIFFERENCE .... 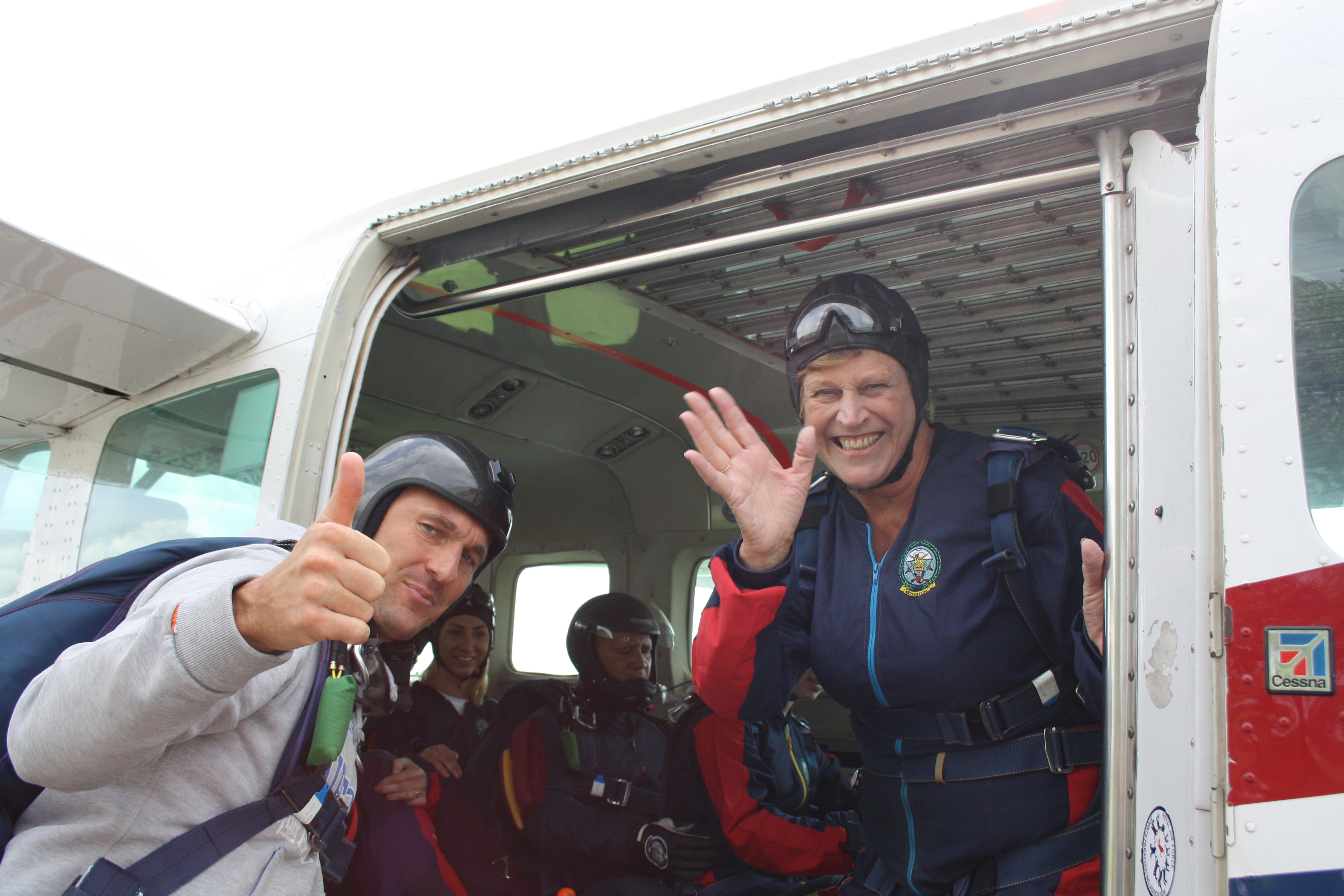 We have some amazing people who come to make their tandem jump here at Netheravon.  Some people do it only once whilst others get the 'bug' and keep repeating the experience.  One such lady is 67 year old Veronica Hawthorne who has just completed her tenth jump with us here at the end of August.

Veronica is a lady of many surprises.  A widow for eight years, she lives in a pretty cottage in the New Forest, sings soprano with a local Chamber Choir and has been a Funeral Director in Lymington for over 25 years!  For such a solemn and serious profession, this lady is anything but!  She has a wicked sense of humour to say the least.  More than anything else her ten skydives have enabled her to raise nearly £10k for local charities; a phenominal feat considering she has done this completely alone!

Veronica takes up the story: "In May 2013 I was persuaded, over a glass of wine - or two, to do a skydive in aid of our local hospice.  I am petrified of heights and I remember being absolutely terrified.  The problem was I had already raised £4600 so I couldn't really get out of it!  Tandem Instructor Mike Outen took me up on my first jump and despite Mike making me feel very safe, I couldn't bear to let go of my harness!  Pete Alexander was my cameraman on that first jump and after we landed he asked if I would do it again .... the rest as they say is history!  By the time I had done my second jump I was brave enough to let go of the harness and put my arms out - so, to say I was a bit of a challenge would be an understatement!

I consider myself so lucky to have been introduced to Netheravon on that first skydive.  Everyone is so friendly and I have made some lovely friends at what was a very sad time in my life.  You are now my little Netheravon family who, although you probably didn't realise it, helped to give me back a purpose in life after I lost my hubby.  I admit to now acting my shoe size, it's much more fun and I am enjoying life again.  As someone once said "I'll be back"".

Veronica is definitely a force to be reckoned with, and over her ten jumps she has raised money for BLESMA, Cancer Research and Oakhaven Hospice.  The £10k she has raised has gone to helping make things better for many people.  Well done Veronica, we are looking forward to seeing you back this weekend for number 11???