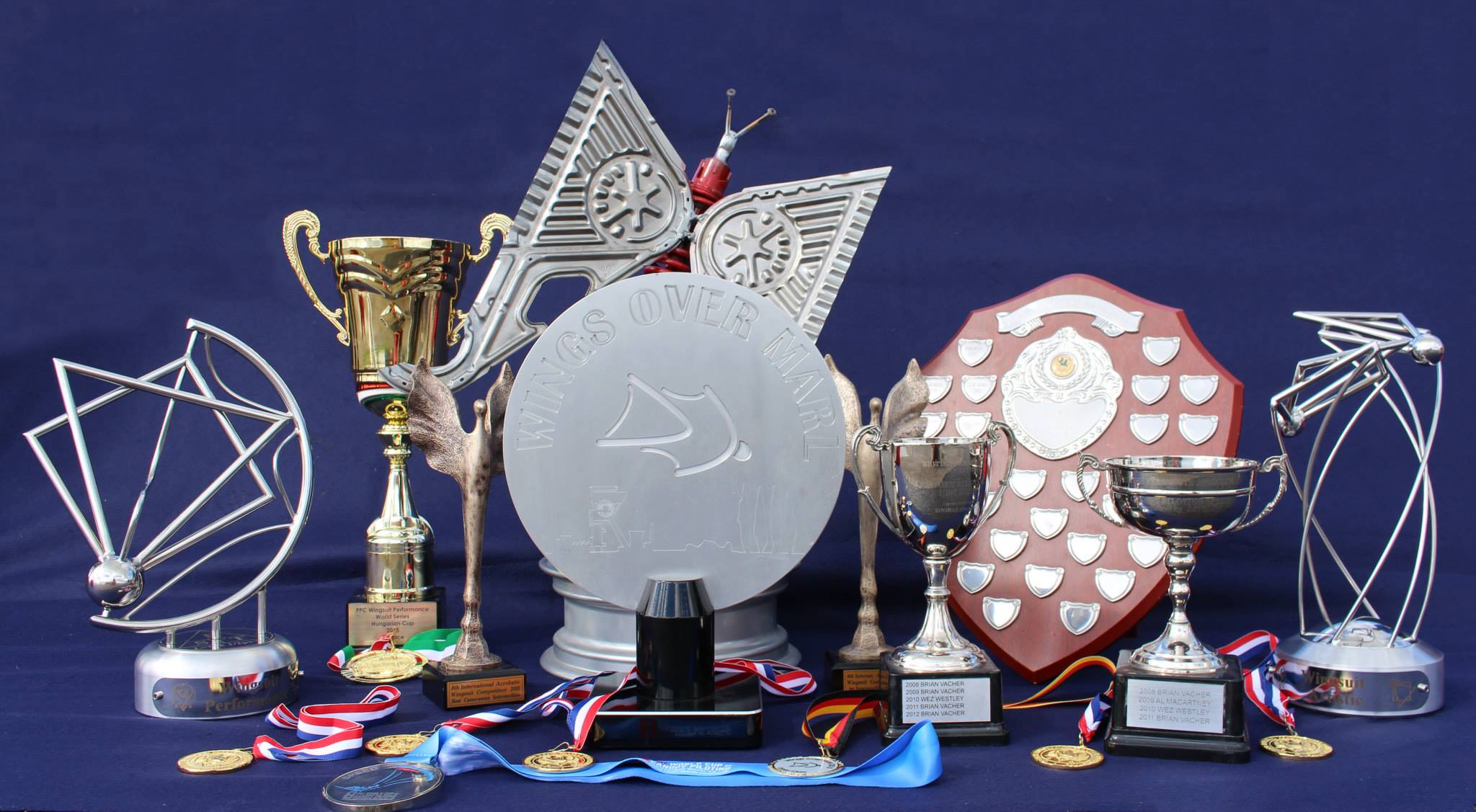 Skydivers at Netheravon have been flying high this year for more than one reason!   Members of Skydive Netheravon have found themselves with a plethora of trophies and medals – and it’s only the end of September!

Over the past few months Nethers jumpers have been competing against many nationalities in a variety of competitions and have come out on top with the recent haul of trophies totalling ten!   The trophies cover a wide number of competitions ranging from the CP World Cup in Canada and the International Wingsuit Acrobatics competition in France, the British National Championships and the Armed Forces Parachuting Championships held on the airfield in August and September respectively.

One of the most consistent winners has been Netheravons’ own Spike Harper, who has managed to gain at least four of the big trophies this year alone, along with a selection of medals to his credit for various competitions.  We are also delighted that three of our military members have qualified for the Wingsuit World Championships in 2016.

Jackie Harper, APA Secretary said, “We are delighted with the haul of awards this year.  Everyone has worked so hard to reach their goals and it just shows that the level of training at the APA is exceptional.  We are all very proud of everyone and their achievements – and we definitely need a larger trophy cabinet”.

Whilst many of the trophies have their own special charm, the work of local artist Paul Fletcher has shone through.  Not only did he design and manufacture the recent 1st FAI World Cup award, he also made two stunning trophies for the Wingsuit Nationals held at Netheravon just ten days ago.  As Jackie say’s “they are innovative and simply stunning”!

Skydive Netheravon is the home of the Army Parachute Association which has been in existence for fifty years.  Its charitable status aims to support both able and disabled servicemen and woman to continue jumping whether they are still serving or retired.

The APA welcomes all those service personnel and civilians who want to Tandem jump for fun as well as taking up skydiving as a serious adventure sport.  Their strap line states ‘One day, One jump, One Big Adventure’ at Netheravon we like to think we live up to our ideals!