COMPETITION IS ALWAYS HOT AT NETHERS 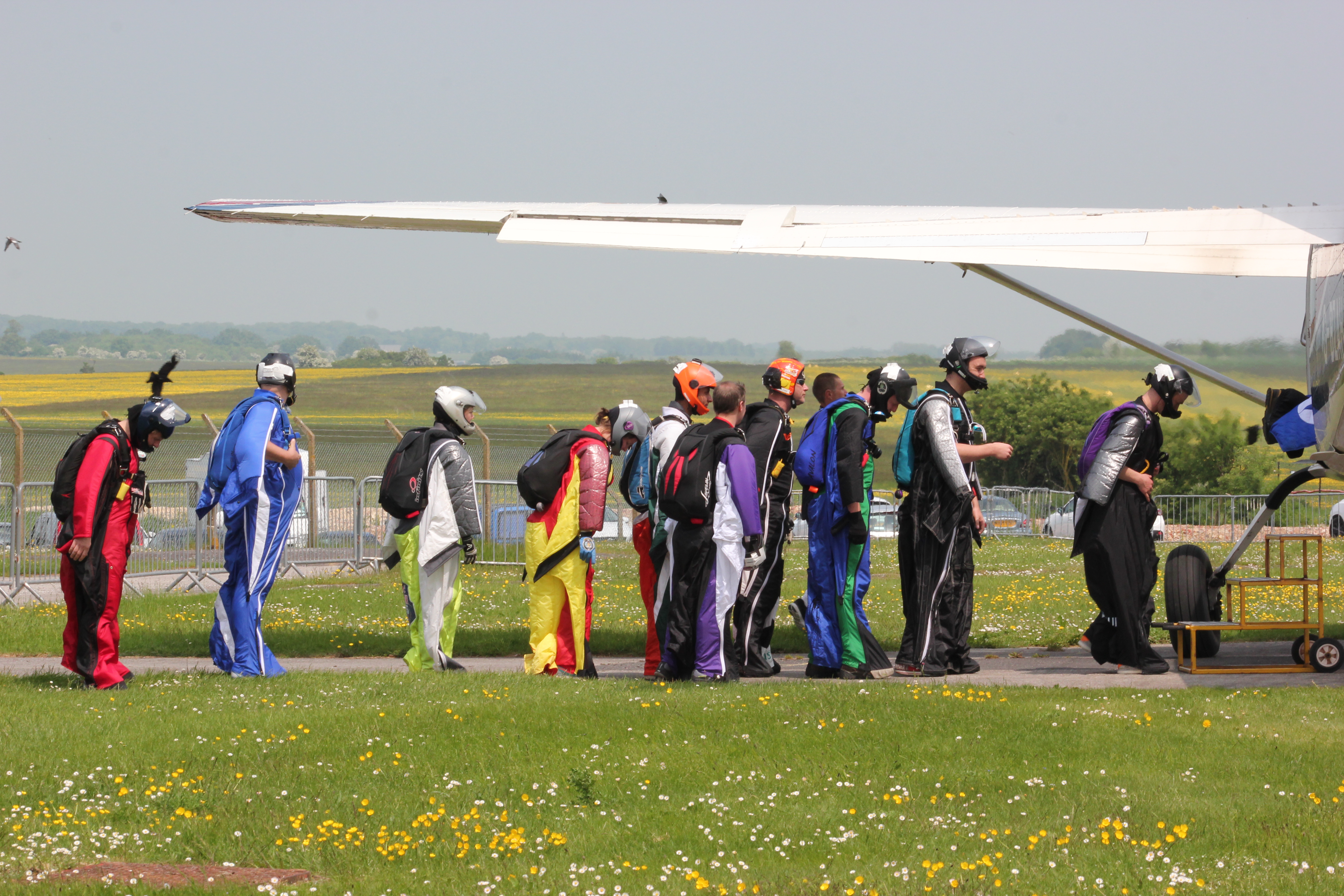 There is always a strange silence walking back into the office the day after the end of a competition.  It’s like day after the best party!  Which of course it normally is!  Particularly after the exciting UK Wingsuit Performance Nationals 2016 held here at Netheravon recently.

Over seven days, skydivers from all over the world arrived in the office, complete with brightly coloured Wingsuits, parachutes (a must) and an amount of luggage which would make Joan Collins look as if she was just away for the night!

It was wonderful to have a plethora of smiling faces from as far afield as Australia and New Zealand, India, Russia, Cyprus and of course various parts of Europe.  All in all, 65 competitors from 15 countries with one goal!  To win the competition!  To see who can go the fastest over the longest distance in the shortest time.

Everywhere you looked there were skydivers looking like a new variety of penguin in their Wingsuits.    Hopping on and off aircraft, waiting for the weather to clear and even catching forty winks when no one was looking!

Luckily by Saturday morning the sun shone down and the competition started in earnest.  As always it was closely fought, but the top three places came in holding a Union Jack!  By Monday, the competition complete and the weather turning, competitors were say fond farewells and heading for home, with many a sore head (thanks to the Irish night the evening before)!

Spare a thought though, for those working on the ground.  The organisers who worked for months to get the event right; the judges working tirelessly to make sure nothing was missed, the reception staff, dealing with not only competitors but tandem jumpers as well; the manifesters; those working in the Cafe from morning until last light and above all those who drove around Wiltshire, picking up competitors who might have landed in the wrong place!

It was a really great week so everyone can be forgiven for feeling a little sleepy.  Onwards, and in the case of skydiving –upwards as they say.  The next competition is just around the corner and at Skydive Netheravon, we just can’t wait!